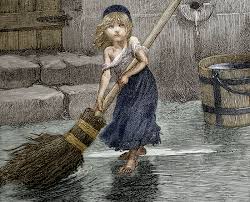 After ten hours on the road we reach the gravel road that leads to our summer sanctuary. Nestled in a hollow surrounded by the Smoky

Many who are fascinated with the psyche have tried to draw clear boundaries around the archetypes. I’ve worked on this for years in search of a framework that could help me understand myself, and I’m passing on what I’ve learned because it’s been useful; however, nobody knows for sure how closely our descriptions fit reality. In truth, it’s not possible to fully understand.