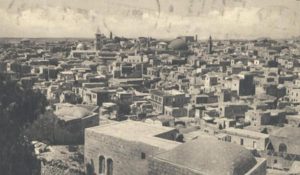 In the summer of 2018, Los Angeles-based film director, Marco Bazzi, interviewed me for a new documentary titled Crucifixion Quake.

It’s about a geologist who goes on a 20-year quest to determine if the physical events reported on the day of the crucifixion happened as narrated. Marco interviewed me for two hours and has spent the time since editing and revising it. It’s finished now and ready for viewing. Sometimes I appear visually. At others my answers are in voiceovers.

Marco told me nothing about the geologist or his story ahead of time. Only that he needed answers to some psychological and spiritual questions that could provide a background for the information he was getting from scientists and New Testament scholars. He had seen my blog and YouTube videos and would like to interview me. I agreed, he sent me his questions, and we arranged for a meeting to coincide with a family vacation trip to San Francisco.

I have since learned that the geologist had no desire to prove or disprove the divinity of Jesus. That was a matter for Biblical scholars. He was simply a graduate student seeking scientific evidence of what has been called the greatest story ever told. But a brush with death awakened a long-buried hunger in him to know the meaning of his life. And when a chance encounter with the Bible revealed a fascinating theme that connected his inner search with his professional goals, his inspiration and obsession were born.

Like every hero who ever set out on a quest for meaning and personal validation, he was totally unprepared for the obstacles he would meet along the way. His journey is about overcoming skepticism, media sensationalism, academic apathy, and personal struggles as he strives to understand if the timing of physical events on the day of the crucifixion — darkness, an earthquake, and a lunar eclipse — happened as reported by the Gospel of Matthew in the moments after Jesus’ death. Or not.

With countries throughout the world grappling with the enormous problems and terrible implications of the coronavirus pandemic, Marco and his producer Jefferson Williams have decided to make this fascinating and stunningly beautiful documentary available to the general public for free screenings through Passover (April 9) and Easter (April 12). I am honored to share it with you here. It is 1 hour and 40 minutes long and can easily be watched in two sittings. Part I ends at 47:50.

Marco and Jefferson welcome your reviews and would love to answer any questions you may have via comments on their website. They invite you to share the link provided below with your friends and on social media. No password is required.

Here’s the trailer if you’d like to watch it first.

Now settle in and enjoy. And please, take care of yourselves. Here’s your link:

Jean Raffa’s The Bridge to Wholeness and Dream Theatres of the Soul are at Amazon. E-book versions are also at Kobo, Barnes And Noble and Smashwords. Healing the Sacred Divide can be found at Amazon and Larson Publications, Inc. Watch for her new book, The Soul’s Twins, to be launched in October of this year.

PrevPreviousIs There Still Time to Change with the Earth’s Help?
NextHow Do You Respond to Unwanted Change?Next 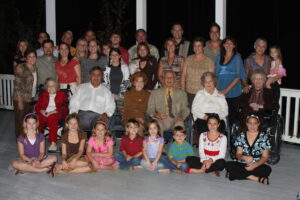