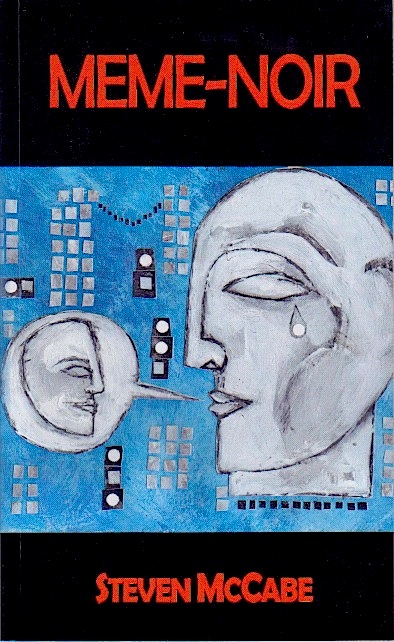 Wherein lies the power of writing? Of story? When does a story become a meaningful experience? Prose become poetry? Writing become art?

Is good writing simply the ability to string words together in a logical way that always makes sense? Or is it something less horizontal and linear?  Something deep and dense, high and elevating? Complex and personal? The answer to these questions has less to do with your left-brained cognitive abilities — skills typically studied on IQ tests — than you might imagine. It’s more about your right brain’s preference for images and emotions.

Plato said art is mimetic by nature — an imitation of life — whereas ideas are the ultimate reality. For him, philosophy was superior to poetry. But his student, Aristotle, preferred poetry for the very reason that it mimics nature. He believed life is the ultimate reality, and that poetry reflects it.

Good writing, whether prose or poetry, resonates in your psyche because it is grounded in life. You might admire a writer’s intellectual cleverness with ideas and words, you might even try to imitate it. But a story or piece of writing will not become meaningful and memorable unless it stirs up images, memories, moods, and emotions in the same way dreams and myths do: by mirroring the archetypal truths of your soul in ways that move you. Interior experiences like this are embodied expressions of your nature in its essence, human nature, both physical and archetypal.

Meme-Noir (a play on the word ‘memoir’), is a remarkable new book by Toronto-based author, poet, artist, and teacher Steven McCabe that illustrates this connection perfectly. All of McCabe’s work — now including eight books, a blog called Poemimage, paintings, poems, drawings, videos, murals, and multi-media works — tell stories with a powerful psychological impact.

Imagine you are standing alone under a black-domed sky splashed with a panoply of starry constellations. Each has its own myths, cluster of personal associations, and visual and emotional nuances. This is how McCabe describes his inspiration for Meme-Noir:

“I emailed myself stories and anecdotes

Over an eight year period.

During discussions with the publisher (then),

For now the company has been sold,

I experienced a moment of revelation.

‘No theme, no thesis,

Just give me the puzzle pieces.’

He gestured with his hands and said,

I was left to interpret ‘constellations’ as I wished.

I came up with the idea of vignettes comprising constellations.

Each vignette in a constellation

Has one key word in common.

Each series of vignettes

So, it’s a non-linear timeline.”

This excerpt is from his beautifully illustrated post about Meme-Noir on his blog. Following is a sampling of three vignettes from the book. Each is a unique star in a particular constellation of his psyche centered around the key word “float.” As you read, notice the images and emotions the words elicit from you.

“Around dusk I saw a ball of light float slowly past. It was bigger than a basketball but soft as a dandelion puff. Later I saw another one outside the window, in the pitch-black countryside. The couple visiting from Toronto said, “We saw them all the way here.” I stayed overnight at their place when they were students. In the morning I did a shoulder stand and above me a tiny star exploded as soon as it appeared. Light shot everywhere.” p.12

“My brother asked older ladies in the department store for directions – while forming a saliva bubble on his tongue – and floating it out his mouth. “Are you alright, son?” When George Wallace, the segregationist governor of Alabama, ran for President in the Democratic Primaries he gave a press conference downtown. We leaned against the wall. Wallace walked towards the exit with men on either side. My brother stomped one leg like a pony. Wallace froze, with a startled expression. My brother leaned forward, at the hips, and floated a bubble into the air. Wallace stared for two seconds and continued walking. My brothers and I laughed, all the way home, down Canal Avenue.” p.13 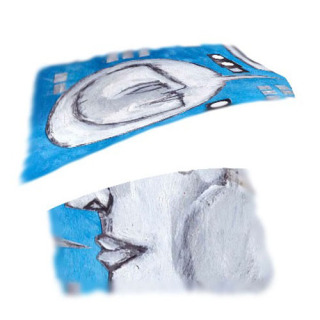 “I substitute their names when I read art history books aloud as they paint: Myra developed Cubism, with George Braque, in the early 20 th Century – Omar painted a melting pocket watch, defining Surrealism – Janine introduced Pointillism, dabbing thousands of dots. I personalize the text, so it floats – without dragging – after their long week of data coming at them like a flash flood.” p. 13

This is not just art for public consumption. It’s an example of how a man is alchemically transforming the raw elements of his life into a work of art. What floated through your mind as you read?

Meme-Noir is a fresh, original, page-turning tour de force of a psychological memoir. McCabe as storyteller is an enormously likable lover of life who survives daunting challenges with forthrightness, intelligence, compassion and wit, sustained by his ability to lose and then find himself again in art.

The style is unlike anything you’ve read before. Described as a “journey of addictive linguistic charm” (from a blurb by Pierre L’Abbe), it twists and turns through the subterranean rabbit warren of McCabe’s artistic sensibility to trace the transformational odyssey of a wounded soul trying to make its way home.

I highly recommend Meme-Noir. You can order it here, and here. Never More Together, McCabe’s visual, wordless poem about the harsh treatment of truth in a society ruled by fear, can be found here. To watch the poet speak about Never More Together, check out this Youtube video.

Jean Raffa’s The Bridge to Wholeness and Dream Theatres of the Soul are at Amazon. E-book versions are also at Kobo, Barnes And Noble and Smashwords. Healing the Sacred Divide can be found at Amazon and Larson Publications, Inc. Watch for her new book, The Soul’s Twins, to be launched later this year.

PrevPreviousHow Do You Find Your Center?
NextSacred Laws Of Psyche: The Connection Between Psyche and PsychoidNext