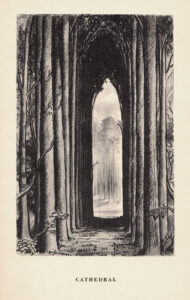 “In general, it [individuation] is the process by which individual beings are formed and differentiated; in particular, it is the development of the psychological individual as a being distinct from the general, collective psychology. ” ~Carl Jung Psychological Types, CW 6, par. 757.

Individuation occurs through active exploration into your inner world as you reflect on your experiences. Your life is not a static, never-changing process and you are not meant to stop growing. You were born with an innate desire to learn. Sharing what you’ve learned lights the way for others. As Jung wrote, “Individuation always means relationship.”

This is why I wroteThe Soul’s Twins. Knowing I have shed a little light on another life is my greatest reward for the time and energy I’ve spent reflecting and writing. So you can imagine how grateful I am for the following review The Soul’s Twins recently received from Dr. Everett J. Tarbox, Professor Emeritus of Humanities and former Chair at Indiana State University. I met E.J. years ago when he was the program director of the Highlands Institute for American Religious and Philosophical Thought and asked me to present a workshop. He retired to Highlands in 1997 and lives there still.

I’m sharing his observations here to demonstrate what individuation looks like and how it continues through life. Thank you, EJ. And thank you to all who are sharing what you’ve learned from The Soul’s Twins.

“Some years ago my wife Nancy and I participated with approximately ten other couples in a workshop Jean led. At that time she was testing Part I of the Partnership Profile, the self-assessment she shares in Chapter 2 of The Soul’s Twins. I scored 18 out of 20 solar archetypes. My strongest was the King, which Jean now combines with Father. This was no surprise since I had grown up in Texas Panhandle ranch culture that was strongly patriarchal, coupled with my being a university professor. At that time I was proud of my high masculine score, unaware of how much I squelched my feminine side. It was only after Nancy died five years ago that I recognized how much I lived in my head and how much I had repressed my feminine side. When I compared my scores after reading The Soul’s Twins with my earlier score, I was happy to see some improvement.

“Part II which deals with life satisfaction is an important addition, along with Raffa’s observation that there is no ideal score on Part I for everyone. I liked her comment that one’s preferences and life satisfaction have everything to do with how one has lived one’s life “so far.”  Most importantly, she recognized that regardless of which twin I preferred during my early life, as I change and my life situations change, I will change too. As she noted, “Higher life-satisfaction scores ten years from now would mean you’ve been on the right track.”

“In the preface of The Soul’s Twins Jean asserts that when enough people disengage from the paradigm of patriarchy based on separation and domination, space will be created to develop a new paradigm of partnership based on intimate, loving, and reciprocal relationships. This is her goal: the healing of the separation between our soul’s twins, the fundamental archetypes of masculinity and femininity. “A fully lived life requires one to develop both twins.”

“I thought the examples of archetypes drawn from mythology and religions were a significant strength of this book. The stories and examples she used to illustrate how they have appeared in historical figures were very helpful. I especially enjoyed her discussion of John Muir and his rediscovery of Nature. Raffa also underscores our growing awareness of archetypal forces in our changing notions of power. For example, she highlights signs of the Queen archetype’s reawakening in the vigorous discussion and elevation of global consciousness of women’s issues brought about by the successful 2017 and 2018 feminist movements of #MeToo and #Time’s Up. Never in the history of patriarchy have so many powerful males been “dethroned” for sexual assault and harassment in such a brief period of a decade. It would appear that the Queen’s time has come!

“For me personally her discussion of the Sage and the Sage’s shadows were most instructive. As a long-time student of  Socrates and Plato I was pleased to read her discussion of them as sages, as well as my favorite Supreme Court Justice, Ruth Bader Ginsberg. Unfortunately, I saw too much of myself in her description of the Sage’s shadow. At best I found myself to be an immature Sage.

“It is in Chapters Eleven and Twelve that Jean’s most mature ideas appear. Chapter Eleven deals with “The Evolution of our Third-Force Archetypes” and Chapter Twelve deals with “The Couple: Spirituality and Creativity of Your Soul’s Twins.” Jean concludes that we have two vocations that require our ego’s full cooperation before our instinct for creativity can help us accomplish our life’s purpose. The first is to create a conscious work of art out of the raw materials of our souls. The second is to make a creative contribution to collective consciousness. We were born to do both things, and nobody else can do them for us. I heartily commend this book!”

“The meaning, the value, the worth, the reason of life is not in what we do, not even in how or why we do it, since all these things are forever changing — but in becoming the experience. ~Fazal Inayat-Khan, The Contradiction of Reality, Old Thinking, New Thinking — The Sufi Prism

PrevPreviousWhen Is a Saint a Saint?
NextMining for Gold in the DarknessNext