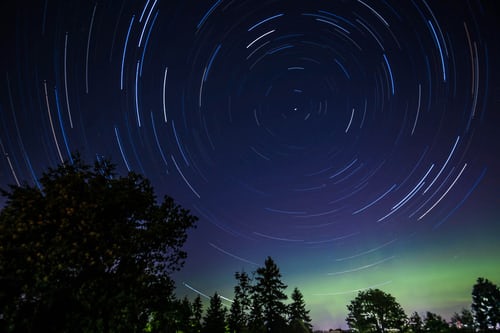 “A dream is an experience, something that happens to you, an event.” ~Robert Bosnak

The new year is 18 days old. I’ve begun my new dream journal, recorded 13 dreams, and worked on all but two. As the pandemic rages around me, I’ve stayed home with only a few brief and inconsequential exceptions. Yet in these 18 days several curious things happened:

I visited Anderson Cooper in his beautiful apartment and watched him feed his adorable baby son. When the ceiling fan made me shiver with cold I offended another man in the room by asking if he’d turn it down. He stormed out angrily. This made Fred (my husband) angry. I felt guilty for inciting this discord by speaking up and asking for something I needed.

Followed by our little black dog Peri — who died over 25 years ago — I rode a bicycle through thick sand, then a weedy flooded area in a rugged, unpopulated countryside. It was a difficult struggle, and I was worried about Peri keeping up with me.

I watched my microwave oven sizzle, pop, and threaten to blow up because a man put a lit candle in it. Meanwhile pink sheets of insulation fell out of my open refrigerator and onto my head. Frightened, I called Fred frantically for help. He didn’t come.

The same man brought a stray brown dog into my house and it urinated on the floor. I was annoyed and disgusted and asked him to clean it up.

Someone’s pet tiger picked up a white cat by the tail and held it dangling over the floor. I was afraid to intervene. Then the tiger dropped the cat, who calmly began to groom its tail to get rid of the tiger’s spittle.

I invited an unhappy young man to join me at an appointment with my therapist (dreams are my therapy now) which shocked a woman who was a surrogate mother for me as a child. (She’s gone now.) “People will think you’re messed up,” she warned. I said, “Honey, everybody’s messed up! Look around you. Everybody!”

At a festive meal with friends at an outdoor rooftop restaurant, I looked down over the railing at a brown dog waiting for its owner. There was a ring of dog poop on the sidewalk. Someone threw me a rake with dog poop on it. It got on my hand and I flung it down into the bushes. Then the restaurant pastry chef brought me a stunning, artfully designed round cake covered in edible shiny gold threads that looked like fine silk. She suggested I might order it for the meal I would host next month. A gold thread caught on my finger and left a snag. I felt guilty. Then someone on the ground stepped in dog poop before I could warn them. I felt guilty about that too. It felt like my fault.

All this occurred in the first week of January. The dream images depicted emotions I was experiencing in the aftermath of marketing and promoting the launch of The Soul’s Twins. Much of what I had to do didn’t come naturally and made me uncomfortable. Then came the holidays, which are always difficult too. I was struggling. I needed help and felt guilty asking for it. I was worried about my body being able to keep up with the driven part of me, afraid of the tiger in me, disgusted by my flaws, making messes, feeling messed up.

Then something changed. Maybe the baker changed it. Because after I messed up the perfect gold cake, she incorporated all but two inches of the thread back into the fabric. I wanted to cut the last bit off to make it perfect again, but left it up to her. Trusting her must have been the right choice because this dream came two nights later.

Dream #5287: An angry young man comes at me threateningly, as if to punch me in the stomach. I look down and see I am very pregnant. I tell the worried-looking woman standing behind him, “Don’t worry. He would never deliberately harm an innocent baby.” I stand quietly facing him, hoping I was right. He backs away. I feel relieved and proud that I had the courage to trust.

Dream # 5288: Fred, another woman and I are looking for a house we want to see. Fred has the key, but the door is unlocked. The realtor in a lovely blue and white dress leads us through the main room where several other women wear flowered summer dresses. The realtor whispers, “The invitation said dressy.”  I’m wearing blue jeans, a casual shirt, a flowered jacket. I don’t care. I say, “I never got the invitation. I’ll send you my new address.”

My companions and I move into the enchanting backyard. It’s beautifully landscaped with lush green tropical vegetation. Children are playing in round pools spilling into smaller round pools that curve down to a lake. At the end of the walkway a large round clearing is surrounded and canopied by tall trees. The left side of the garden is grassy and informal with a few pieces of outdoor furniture.

The right side contains an exquisite rectangular glass garden house. Inside, a messy daybed holds scattered pillows and a rumpled white duvet. Beside it another daybed runs perpendicular along the back wall. Next, a honey-colored wood desk. In front of that, two white lounge chairs. Then a small, round, honey-colored dining table with four chairs upholstered in white. I imagine eating breakfast in the morning, writing and napping in the afternoon, having a glass of wine with Fred in the evening, sleeping at night, in this magical, mystical glass house.

Except for that unmade bed, which I love and think is the perfect touch, everything is perfect. And Fred holds the key. Will this be our new address?

Everybody’s messed up. Nobody’s perfect. What uncomfortable flaws will you accept this year?

Dreams have been a profoundly important and transforming part of my adult life. Today, after a few years away, I returned to my private Facebook page, Jean Raffa Dream Group, to post a new interview about The Soul’s Twins. If you are someone who is kind, respectful, and serious about learning more about your dreams, I invite you to request admission. I’ll do my best to monitor it regularly. Let’s talk about this, and other dreams.

PrevPreviousIs Nothing Sacred Any More? Where is Your Temple?
NextUnconsciousness: Our Greatest ThreatNext