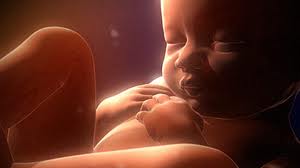 Dr. M. Esther Harding was one of Dr. Jung’s most accomplished and articulate followers. Trained at the London School of Medicine for Women and the University of London, she worked with him before beginning her analytical practice in 1923 New York. Her classic book, Psychic Energy:  Its Source and Its Transformation, is still an influential source for students of Jungian Psychology. Written during, and inspired by World War II, its purpose was to explore “what savage impulses, what ruthless monsters of the deep” lie beneath the cultured mask of consciousness, awaiting “a chance to seize the mastery and despoil the world!” ~Harding, p. ix.

For three years, beginning in 1913, Jung experienced an intrusion of the “savage impulses” and “ruthless monsters” of the unconscious that shook him to the core and turned his world upside down. As a practicing psychiatrist, he had a rough idea of what was happening to him, but instead of medicating himself to control his impulses and dull his pain as was the custom, he took a revolutionary approach. He decided to allow the monsters to have their say, to heed the messages they brought him in dreams and fantasies, and to interact with them by way of active imagination. The techniques and theories he developed, along with his transformation and healing, informed his work for the rest of his life and led to this important insight:

This archaic being dwells within each of us in the form of archetypes and animal instincts. The source of all our psychological energy, this being is not inherently evil any more than animals are.  It is simply the natural expression of our psychic energy as focused solely on ourselves during our earliest phase of consciousness.

“A person whose consciousness has not grown beyond the state of the autos can nevertheless undergo a process of development and refinement. The focus of his interest may shift from the more grossly physical to the aesthetic, and he may acquire all the subtleties of cultured appreciation; nevertheless, if his consciousness is oriented to the effects on himself only, he is still in the auto-erotic stage of development…. 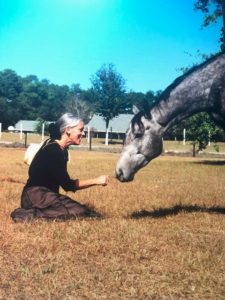 We all know people like this; we see them on the news every day. Harding explains the global implications:

“Up to the time of the rise of modern materialistic thought…the hypothesis that rational thinking could solve all the problems of the world was very widely accepted. But there remained the irrationality of man himself. If only man would act rationally, perhaps wars and depressions and insanity could be avoided; but unfortunately man does not seem to be any more capable of acting sanely now than he was a thousand years ago.  We are still confronted with man’s own irrational behavior and the untamed forces within his psyche.” Harding, pp. 202-3.

Call me a dreamer, but can you imagine a future when enhancing self-knowledge is a key plank in the platform of a presidential candidate?  When the Department of Defense’s main priority is to help us tame the untamed forces in our psyches so we won’t project them onto others? America has been at the forefront of many of the world’s great advances;  why not lead in promoting self-awareness, humanity’s most valuable and life-enhancing advance of all?

Jean Raffa’s The Bridge to Wholeness and Dream Theatres of the Soul are at Amazon. E-book versions are also at Kobo, Barnes And Noble and Smashwords. Healing the Sacred Divide can be found at Amazon and Larson Publications.com. Watch for her new book, The Soul’s Twins, forthcoming from Schiffer Red Feather Mind Body Spirit on Nov. 17, 2020. For more information, subscribe to her newsletter at www.jeanbenedictraffa.com.

PrevPreviousThe Game of Hide and Seek:  Or How to Create a Shadow
NextA New Idea of What We Are Part INext