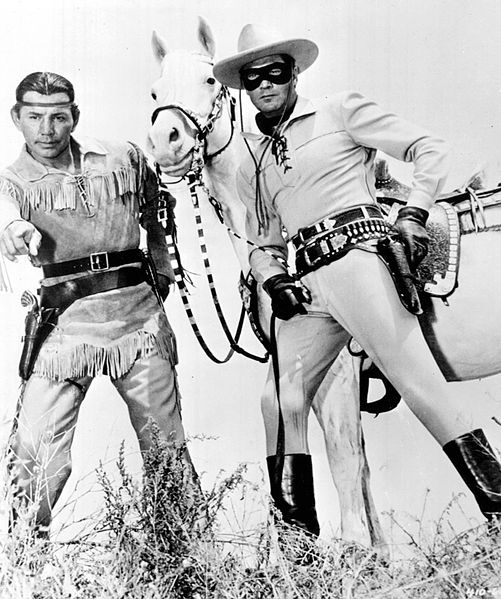 I’ve always been proud of my country. As a child, I thought the Lone Ranger, Tonto and Silver symbolized everything good about the U.S.A.: respect for human rights, individuality and diversity, strength of character, integrity, commitment to our civic responsibility to protect the weak, the helpless, the innocent and poor. But if there were any vestiges of that naïveté left in me before this presidential race, they’re gone now.

Never have I ever felt so disillusioned about America. Never have I, like award-winning novelist Barbara Kingsolver, taken a political race so personally. The constant reminders of our collective shadow have been monumentally toxic and I’m sick of it. But I didn’t realize how sick until last week’s dream of a white horse.

Dream #4792:  I’m in a house (my psyche) where several people (inner characters) are attending a retreat. Two persistent and annoying women (parts of my shadow) want my attention and feel sorry for themselves when I don’t give it.  An elder white-haired man summons me outdoors where I’m given responsibility for a white horse (powerful unconscious emotions). Its owner (aspect of my animus) is in the house. He has neglected it so badly that it’s ill. The old man leaves the horse with me. Annoyed at the owner’s negligence, worried and sad about the horse’s condition, I caress it lovingly. When I turn my back on it to go and notify the owner, it crumples behind me and lies there, pitiful, sad, and listless.

That morning the sad feelings lingered so I searched Google and found this blog post from 2009.

“There has been a massive outpouring of love for Mark Wallinger’s white horse, the 165 foot sculpture which will be placed at the new International Rail Terminal at Ebbsfleet, Kent. This is interesting for many reasons, not least because public art isn’t usually enjoyed by the lay person, ironic and upside down as that may sound. The iconic white horse has captured something in the collective consciousness, something primal and English to its core. Today, I stumbled upon this piece of an essay by equine behaviourist Chris Irwin:

“Clearly, some link between horses and the human psyche was surfacing. I’ve since learned that there is a branch of psychoanalysis, pioneered by Carl Jung, that tries to weave a balance between the outer world of action and events and the inner world of dream, fantasy and symbolism. A distinguishing feature of Jungian analysis is the concept of archetypes, symbols rising from the dark, deep psychic pool of the collective unconscious where humanity’s common experience is stored.

“Archetypes express a complex of images and emotions that surround the defining experiences of human life. Examples include the Hero, the Divine Child, the Great Mother, Transformation, Death and Rebirth. They are the same for us all, no matter who we are or where we come from. It’s as if they are built into the wiring of our brains. And one of the most commonly recurring archetypes is – you guessed it – the Horse.

“The Horse archetype throughout the ages has been closely linked with our instinctive, primal drives. Jung thought the Horse’s appearance could signify instincts out of control. The horse evokes intense feelings and unbridled passion instead of cool, collected thought.

“In many different situations and in many different ways, horses were enabling people to make contact with feelings they’d buried deep inside their shadow. There didn’t seem to be any doubt that equine-assisted therapy worked. The question was, why?

“Horses, by embodying one of the deepest archetypes in our consciousness, most definitely stir us up. All those things that are buried away or girdled safely up start swirling around in our psyches. Horses can be a direct connection into the unconscious. When we look at a horse, and especially when there’s a horse strutting across the pen in front of us, we see the flesh-and-blood incarnation of powerful forces bottled up within us that we wish we had the guts to saddle and ride.

“These are the forces that Jung called the shadow self. We know those forces could take us to our dreams and turn us into our best selves. We also know those forces could destroy us. That’s why we bottle them up in the first place. And when feelings are stirred-up and agitated, that’s when we have the chance to work with them and learn to control them. Horses give us this opportunity. They do this to us whether we’re aware of it or not. But what a powerful tool to be able to use consciously!

“Carl Jung also talked a lot about life’s paradox, and how important the embrace of seeming contradictions is as we travel the never-ending journey towards becoming fully human. Horses, which can both free us or hurt us, embody this paradox. How we handle this paradox in the arena becomes a metaphor for how we handle it everywhere. Only in this case, it’s such a potent and direct metaphor, that we can use it to change our reality. Horses force us to face our shadow selves. Once we do that, we discover much greater freedom, exhilaration and inspiration as we go forward in life.” ~Chris Irwin, author of Horses Don’t Lie 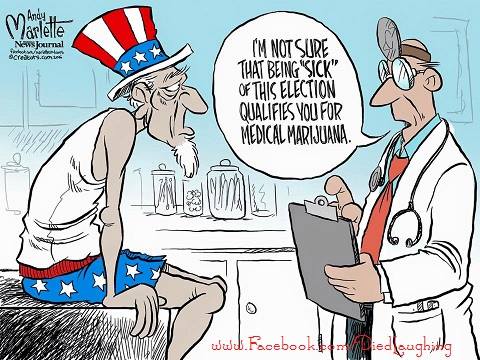 As I write this it’s the day before the election. If Hillary is elected, I’ll celebrate. Either way I’ll be facing my shadow as I get on with my life. I hope Uncle Sam will too. I won’t turn my back on either of us.

A final note: I’ve just read an extraordinary article by award-winning author Barbara Kingsolver on why Trump has not been called out for the horror show he’s put our country through.  If you’re still sitting on the fence about this election, I urge you to read it.

PrevPreviousSeeing Through a New Lens: Part II
NextIn What Can We Trust?Next