Creative works which make such powerful impressions that we never forget them hold valuable lessons because they always depict the themes of our soul’s journey, usually in symbols that become deeply meaningful to us. This can be true of something as simple as a folk song or as complex as a symphony.

In the early years of our marriage my husband and I saw the film Blume in Love, starring George Segal and Susan Anspach. As we used to say in the 70’s, it “blew my mind!” There on the screen was a couple I could identify with. Blume was a successful young attorney blithely immersed in his work. Nina was a sensitive, serious-minded, idealistic social worker who sought inner peace and wanted to save the world.

While these two loved each other very much, both were self-absorbed and neither had a clue about the other’s inner reality. Nina’s discovery of Blume in their bed with his secretary resulted in their divorce and initiated a painful maturing process in which Blume came to see Nina’s significance as an individual in her own right, and Nina began to empower her true self while softening and forgiving Blume for being human.

Although the plot details were different, this romantic comedy portrayed a variation on our theme and depicted the essential challenge of every couple in an intimate partnership: to learn how to love. As a shockingly innocent and ignorant product of 1950’s and 60’s social conditioning, I was finally getting it that marriage is not a happily-ever-after instant fix involving two separate individuals whose roles and feelings will never change, but a container for soul-making. Every committed relationship is, in fact, a crucible in which two souls are melted down, refined and transformed in the evolutionary fires of change.

Blume in Love showed me that both partners will make sacrifices, suffer, be tempted, and make mistakes. And if love is to grow and last, each will need to understand that the other has equal merit and deserves equal rights and respect. This is how we learn to love.

The film’s ending in which Blume and Nina are reconciled in Venice’s Piazza San Marco taught me another archetypal truth: In a relationship that survives this ordeal, both partners can experience a revitalizing new birth. Notice how this theme is symbolized by Nina’s pregnancy in the image above.

In the years since I first saw this film, I’ve had many dreams about being pregnant. Although I rarely understood them fully at the time, in retrospect I see that they signaled gestating new life of some kind that would soon emerge into my consciousness. Blume in Love made a powerful impact on me and the Self adopted its symbolism to advance my consciousness.

An earlier version of this post was originally published in January of 2012. Synchronistically, as I was writing it, my editor who was helping me prepare my book Healing the Sacred Divide for publication, sent me an e-mail containing the following quote by Adyashanti (from Emptiness Dancing). It’s a very apt ending for these musings about relationships:

“When you ease back from that, you return to something that’s very intimate and innocent, where you are finally willing to tell the truth, not to hide, not to force consciousness into some relationship agenda, but to simply let it emerge. Then you never know what it will be like at any moment —  how consciousness, awakeness, and love are going to want to emerge.”

What books and movies fascinate you? How have they helped love emerge?

Jean Raffa’s The Bridge to Wholeness and Dream Theatres of the Soul are at Amazon. E-book versions are also at Kobo, Barnes And Noble and Smashwords. Healing the Sacred Divide can be found at Amazon and Larson Publications, Inc. Her new book, The Soul’s Twins, will be launched next year. 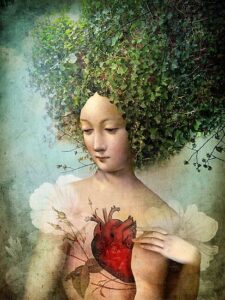 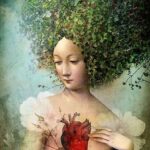