The Anima’s Role in a Man’s Spiritual Journey

In an early post I wrote about a man who, in the middle of his life, had a powerful dream in which he briefly identified with being a woman. I’d like to explain what this means from the perspective of Jungian psychology. In his work life, this man had become a highly successful and respected authority in his field. He was a responsible, law-abiding citizen and a loving husband, father, and social benefactor. Looking from the outside, one might ask, “What more could he possibly lack or want?” What more but a satisfying and meaningful inner life?

This introspective, scrupulous man is aware of his inner world beneath the surface of his life. For him, filling society’s roles, following conventional rules, and acquiring worldly success are not enough. He is realizing his fulfillment lies in coming to terms with his whole self, including his unconscious feminine side. Something deep within him wants more than external observances: it wants internal congruence. It wants more than the appearance of caring and compassion: it wants the deeply felt reality. It wants more than the attainment of social power and authority: it wants a connection with his inner spiritual power and authority.

In his book Jung and the Lost Gospels, Dr. Stephan Hoeller summarizes the psycho-spiritual task of the serious seeker: “In Jung’s psychology, women need to integrate their animus, and men must do the same with their anima; the bringing to consciousness of the contrasexual image of each person permits entry into the kingdom of individuation and consequent wholeness.”

The word anima literally means soul. Jung saw the main qualities of the anima as relatedness and mediation, both between self and other and between ego and unconscious. The foundation for these qualities is love, or Eros, with its attributes of intimacy, harmony, tolerance, empathy, compassion, etc. In Volume 16 of Jung’s Collected Works he summarized the four stages in which a man’s anima develops.

Dreams of women show men at least two things about their unconscious selves: unknown feelings and attitudes toward femininity, and the health and maturity of their anima. In the dreams of a man who fears, distrusts, or disdains women and represses his “feminine” qualities, his anima will show up as an angry shrew, hag, witch, nag, victim, tease, or dangerous siren, and his dream ego will respond in ways typical for him in waking life. Conversely, the dreams of a man who is accepting his feminine side — i.e. getting in touch with his feelings, developing respect for women, learning to express tender emotions, becoming comfortable with intimacy, growing more understanding and nurturing in his relationships, etc. — will be visited by increasingly friendly, kind, helpful, loving, trustworthy, and profoundly fascinating women. Thus is the wicked witch transformed into the beautiful princess who awaits the prince’s kiss.  Thus does the feminine Spirit Warrior awaken and bestow her blessings of self-acceptance and spiritual meaning.
Next time I’ll discuss the role of men in women’s dreams. 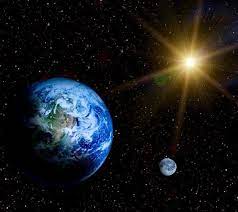 Solstice: A Coming Together of Creativity and Hope

“This is the solstice, the still point of the sun, its cusp and midnight, the year’s threshold and unlocking, where the past lets go of

The Space Between is a 2021 American coming-of-age comedy film from Rachel Winter in her directorial debut. The film stars Kelsey Grammer, Jackson White, and 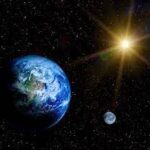 Solstice: A Coming Together of Creativity and Hope