The Choice: A Story About a Boy and His Dog

Today I’m sharing a story by Joseph Anthony that was inspired by my last post, Another Dog Story. Joseph dedicated his story to me, and I’m dedicating this post to my son, Matt, who raised our golden retriever, Bear, from a puppy and was his primary owner until the last two years of our beloved friend’s life. Enjoy.

As I write this I’m agonizing over something that happened earlier this evening. During the summer I live in a remote, mountainous area with curvy, dangerous roads. This evening I was headed to town to attend a lecture by an eminent theologian when I came upon a huge, black-and-white shaggy dog standing in the middle of the road looking very lost and confused.

The Hidden Lesson of Grief

I’ve been thinking about grief ever since my last post about the loss of my dog, Bear. I kept wiping away tears as I wrote it, then again when I read and responded to the kind comments I received. Where do these tears come from? Is this only about missing Bear or is something else going on?

Memorial for a Beloved Animal Friend

What is it about this place? I’ve asked myself this a hundred times. In a post from last June titled Dream Symbols of the Beloved, Part II, I wrote: “…every summer for ten years I’ve come here with my sweet friend, a handsome golden retriever whose name was Bear.

The unresolved issues of our parents are handed down to us through underground passageways that connect their emotional flow to ours, and we pass them on to our children the same way. With every step forward I’ve made toward seeing and resolving my anxiety, my attitudes and behavior have changed for the better.

Dreams of the Divine Child

There is a sign on the journey that alerts us to the presence of our dragons and lets us know it is time to confront them. That sign is the awareness of mental and/or emotional conflict, or cognitive dissonance, and the desire to be free from it.

The Positive Side of Depression

Many years ago toward the end of an extended period of libido loss I kept imagining myself as a baby chick still inside an egg, pecking at the shell. I knew I felt trapped, but I didn’t know what was trapping me or how to get out. 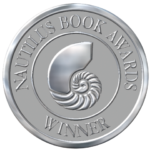 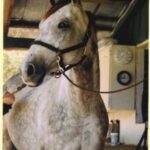 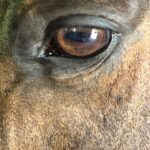