Meeting the Mistress of the Forest

Many of us have felt our spirits quicken through glimpses of something ineffable in the mist beyond normal awareness and longed to pursue it. But habitual assumptions are not easy to overcome. Moreover, the daily demands of life are so compelling that we usually defer our journey into the deeply alluring recesses of the forest until another day.

I was pondering two questions this morning as we drove to the airport after a long family weekend away: What should I write about for this post? and How should I answer a recent e-mail from an Iranian student? She’s writing a thesis about the anima and animus archetypes in two of Virginia Woolfe’s books and wonders how to approach her task. Should she just look for images represented by the writer or should she study the characters or events as a Jungian analyst would?

How's Your Religion Working For You?

Our God-images originate in the psyche’s archetypal patterns. For example, we’re all born with Mother/Queen and Father/King archetypes and every culture has attributed the qualities children associate with their parents to a Great Mother Creatrix and Great Father Creator. While their myths differed from culture to culture, the same characteristics of ultimate power, knowledge and authority always appeared.

Why Vampires? Why Now?

Think about what vampires represent. During the day they sleep in coffins because sunlight will kill them. People with severely repressed life-energy are the same. Failure to develop one or both drives destroys our creativity and hope of enlightenment. Repression leads to depression. In the dark night of our souls we function as though dead, unable to experience the sunny warmth of meaningful work or the countless other pleasures of living, loving, being.

A Dream of Venus, the Morning Star 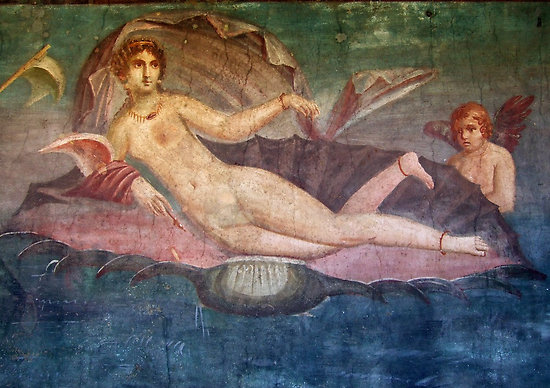 After years of near-obsessive inner work I’ve given myself permission to relax a bit. Sometimes weeks go by before I record and work on a new dream. But when I do I’m always rewarded with a cornucopia of insights and meaning. Following is the first dream I’ve analyzed since the one about individuation I posted nearly two months ago.

Dreams of the Divine Child

There is a sign on the journey that alerts us to the presence of our dragons and lets us know it is time to confront them. That sign is the awareness of mental and/or emotional conflict, or cognitive dissonance, and the desire to be free from it.

In my growing up years the relationship between psychology and religion mirrored the cold war between the U.S. and Russia. Other than the fact that each was suspicious of the other, they appeared to have little in common.

Dreams of the Animus

Last weekend was special. I was born two days before Easter on Good Friday; but since Easter’s date is always changing, this year my birthday was the day before. April is glorious in Florida, so part of the specialness was getting to spend both holidays with my family in one long weekend at the beach.