In my last post I described the Self as our Beloved, the core energy in every psyche that compels us to grow into loveable, enlightened beings. Our egos often reject the Self’s guidance but it never gives up on us. In its aspect as Dream Mother it reveals itself in symbols and actions based on six basic attributes: wholeness, centrality, unity, love, pattern, and the life-giving force.
Wholeness: Jung associated this with quaternity, or four-ness, because of the way we and our world are created. There are four directions and four winds. Christianity has four evangelists, a cross has four arms, there are four cardinal virtues, and mandalas — the intricate circular sacred symbols produced by many religions — have four sections. Also, humanity has four basic ways of experiencing life: physical, mental, emotional, and spiritual. So whenever a circular object (a coin, table, bowl, sphere, etc.) or four-ness (four people, four flowers in a vase, four walls, the numeral 4, etc.) appear in a dream, I always consider their implications for my growth into wholeness.
Centrality: The Self is our psyche’s source of energy and the point from which every psycho-spiritual event proceeds. It is often represented by things with centers; for example, the heart (a vital central organ), the circle with a dot in the center (the central hole in the Chinese jade disk opens to heaven), and ancient symbols for the center of the world, including a cosmic tree (Jung saw the vertically growing form of a palm tree as a symbol of the soul) or sacred mountain.
Unity: Since the Self’s creative energy is constantly being renewed by the ongoing tension between our masculine and feminine drives, it is often symbolized by the balanced union of opposites — i.e. pairs of things, a Couple, reciprocal actions, the Divine Androgyne (suggested by having attributes of the opposite gender), twins, crosses, two interlocking circles, the hexagram or double triangle, the yin-yang symbol, weddings and wedding rings, sex, and bridges — and also through images of the unity in multiplicity, i.e. a pearl necklace or mandala.
Love: Deity’s primary characteristic is love. As our god-image, the Self can be represented in dreams via depictions of people engaged in loving actions such as kissing, hugging, forgiving, helping others, gift-giving, or making sacrifices. When our dream egos feel and demonstrate love for others, or when others make us feel loved, we are being shown something about our capacity for love and the Self’s love for us. Of course, the heart is also a symbol of love.
Pattern: Since we think of God as the creator and sustainer of the underlying patterns that support life, the Self is suggested by patterned walkways, lattices, mathematical arrays, music, webs, grids, the Diamond Net of Indra, holograms, intricately patterned mandalas or jewelry, and so on.
Life-Giving Force: All symbols or acts of insemination, creativity, initiation, birth, growth (i.e. growing babies or blooming plants), transformation (the butterfly), or movement and change (a snake shedding its skin, the double-stranded DNA spiral, spinning wheels), refer to the miracle of our life and the forces that sustain it.
Next time I’ll have some suggestions about how to work with your dreams. Meanwhile, pay attention to your dreams tonight. You might just have one that features the Self. If you do, I hope you’ll let me know!

PrevPreviousDreams and the Beloved
NextDream Symbols of the Beloved: Part IINext

What Is the Source of Your Longing?

“Blessed be the longing that brought you here And quickens your soul with wonder. May you have the courage to listen to the voice of 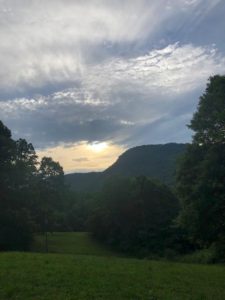 “The mountains are calling and I must go…” –John Muir “Are we there yet?” Fred smiled indulgently at me from the driver’s seat of the 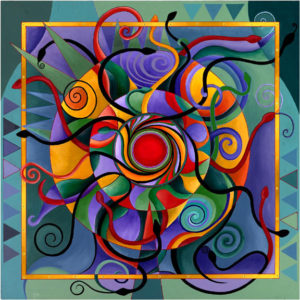 Dear Friends: I’m at our beloved mountain home. I’ve been so busy restoring the newly remodeled kitchen that there’s been little time for much else.

What Is the Source of Your Longing?